LIVING IN CLEVELAND WITH THE GHOST OF JOSEPH STALIN
"Wonderfully written and richly descriptive...brilliantly drawn characters and settings...well-crafted, with a generous sprinkling of irony and wit."
--Emerald Book Reviews

"Captivating from the first page to the last...Five Stars...Highly recommended."
-- Piaras Cionnaoith, Goodreads
​
"Imaginative...truly enjoyable...an engaging slice of Americana."
-- BookLife Reviews
​It’s the summer of 1953.  Calvin Jefferson Coolidge is thirteen years old when the ghost of Joseph Stalin appears to him in his Aunt Evelyn’s cluttered Cleveland attic and wants to dictate his memoirs to him.
“I want to tell my side of the story,” Uncle Joe tells him.  “They’re giving me one year to set the record straight, so we need to get started right away.”

​Calvin’s life is falling apart at the seams.  He’s a misfit and loner whose only friends are famous dead people.  He loves polka music and Westerns and sometimes wonders what it would be like to kiss a girl.  His con man father is in Florida looking for his bipolar runaway mother.  His cousin Buck is abducted and experimented on by aliens.  The lady next door wants to coach him in the ways of love.  His pastor thinks he’s headed straight for Hell.  His English teacher thinks he’s a savant.  The school psychologist wants to have him committed.  His shrink thinks he’s just plain nuts.  Sometimes, Calvin believes it too.

Everybody’s trying to figure out what makes Calvin tick in this quirky, fast-paced metaphysical romp through the heart and soul of 1950’s America.
Available in eBook and paperback on Amazon and Barnes and Noble. 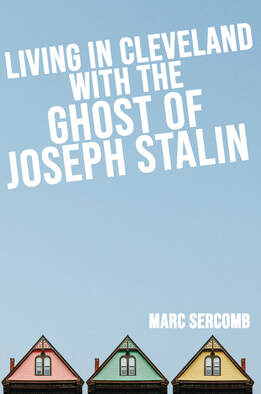 Preview the Book
​
Other books by Marc Sercomb:
Picasso's Motorcycle
"A compelling and engaging character-driven story...well-paced and captivating, with a rich historical setting."  The BookLife Prize

"Unputdownable...Appealing characters, startling plot twists, and a liberal dose of comedy make for a historical novel that’s as fun as it is illuminating.  Fans of WWII historical fiction will be delighted by the unorthodox blend of humor and somber realities in this coming-of-age story."          BookLife Reviews

France, 1940.
An unexpected gift of an old motorcycle with a tragically romantic past hurls a young orphan into the thick of things as war breaks out and his life changes forever.  Half-French/half-German Daniel must find a way to survive in a world that mercy seems to have abandoned.  This book transports the reader to Nazi-occupied France, where Daniel unwittingly and unexpectedly finds himself working for the Resistance, and ultimately to the Russian Front in a twist of fate so startling that no one can see it coming.  By turns quirky, heartwarming, beguiling and uncompromising, author Marc Sercomb weaves together many moods and colors to tell young Daniel’s story. Beyond engaging, Picasso’s Motorcycle has been hailed as a genuine “page-turner” by those who have so far encountered it.

​If you like “The Book Thief” and “The Boy in the Striped Pajamas,” you’ll love this book! 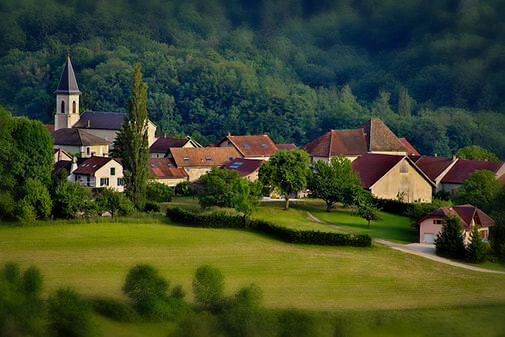 ​“I probably – no, not probably – certainly – did more research for this book than any other project I’ve ever worked on.  I’ve always loved history, especially the 1940’s and World War II, and know a good deal about it.  But on this one, I knew I had to get it right, so I read about a dozen big thick history books on everything from life in France under the Nazi occupation to the specific inner workings of the French Resistance to the everyday life of the German soldier to the unimaginable hardships of fighting in the dead of winter on the Eastern Front.  That, combined with dozens of visits to Wikipedia and other online sources, really, I feel, gave this book the true essence of veracity that I believe is essential for any work of historical fiction.  I just really wanted it to ring true of a specific time and place, so that anybody reading the book who was really there might go, ‘Yeah, that’s pretty much how it was…’

“Yet, aside from all of that, at the very heart of it was the story of Daniel, the half-French, half-German orphan who finds himself caught up in the turmoil of this world.  If his father taught him to speak French and his mother taught him to speak German, could he learn to shift identities back and forth as needed in order to survive?  And would the confusion and uncertainty of war create an identity crisis in him?  Daniel’s courage, resilience, and transformative journey in this book continually astounded me, and keeps me in awe of the resiliency of the human spirit to overcome anything put in its path.  This book is for Daniel.”